The cross is a powerful symbol of our faith. Jesus died on the cross for our sins. Our message to the world should focus on the cross. “But we preach Christ crucified; a stumbling block to Jews and foolishness to Gentiles, but to those whom God has called, both Jews and Greeks, Christ the power of God and the wisdom of God.” I Corinthians 1:23-24

One of the faithful, Ernst Neizvestny was the Soviet Union’s most renowned sculptor, having designed Nikita Khrushchev’s tombstone; he eventually went into forced exile in Switzerland. Knowing the sculptor’s talent, the authorities tried at first to hold on to him. “We need Neizvestny,” said one official, “but we cannot use him. We must create a Communist Neizvestny.” His final rupture with the regime took place over a commission he did for a Communist Party building. Neizvestny constructed a huge sculpture some fifty feet high and fifty feet wide, that covered the entire facade. He submitted the design in sections, each of which was approved by Party officials. Only at the unveiling did they see it as a whole—and gasped in horror. A huge cross covered the front of the Communist headquarters. “A cross?” said Neizvestny. “Can’t you see it’s a face?” But, knowing his Christian beliefs, authorities took it for a cross and expelled him from the country. The cross stayed in place. The state that opposed it did not.

The cross, a symbol of God’s love, endures when so many things do not. This Lenten season let’s focus on the cross of Christ. 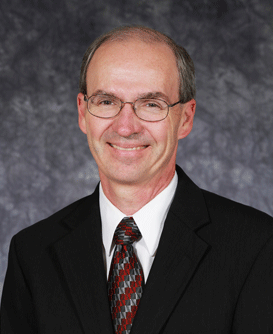